​As technically capable as Mr. Boatman is, his greatest attribute is his genuine focus on relationships. Mr. Boatman believes that while a high IQ is important in a lawyer, a high EQ (“Emotional Quotient”) is just as important both as it relates to client interaction and conflict strategy.

​Conflict, from its earliest stages through the rigors of litigation, is extremely difficult and costly. Within the stages of escalation and resolution, it is essential that clients have wise counsel to provide honest and sound cost/risk assessments on which clients can build accurate and well-informed expectations. Only then can clients really make informed decisions about their strategic options.

​The efficacy of Mr. Boatman’s approach is evidenced not only in his AV-Preeminent Peer Rating but also in his client satisfaction ratings. Mr. Boatman annually receives Martindale-Hubble’s “Client Distinction Award” which is awarded to less than 1% of all AV-Rated lawyers. Mr. Boatman covets this Award more than any other that he receives.

​Above all else, there is one “unfair advantage” for Mr. Boatman’s clients. Clients of Mr. Boatman are fortunate to have a capable and highly-rated attorney who cares enough to pray over clients’ cases and their lives, even if a client does not believe in the power of prayer. Mr. Boatman truly is “Truth Guided, Relationship Driven.”

​Consistent with his heart for service, Mr. Boatman sets aside Friday Mornings, from 8:30 a.m. to 12:30 p.m. at his Firm for counseling for anyone in need. (For more information about “Friday Mornings,” please send an email to info@boatmanricci.com).

In 2002, after assisting DIRECTV with a raid on a pirate device dealer in Central Florida, Mr. Boatman was asked to file the first two test cases in what would become DIRECTV’s national litigation campaign against end-users of signal theft devices. The cases were filed in the Middle and Southern Districts of Florida and named 10-12 defendants each. Given the success of the first two cases, Mr. Boatman was asked by DIRECTV to assist in further developing the national litigation program.

​Among other accomplishments, Mr. Boatman developed the database used by all the firms involved in the program nationally to manage the thousands of end-user cases in a virtually paperless environment. Mr. Boatman was also the visionary of an extranet repository for information shared by counsel involved in the end-user program throughout the United States. The database Mr. Boatman created was also designed to be uploaded to the extranet by local counsel to provide visibility to the client regarding the status of cases, individually and collectively.

​In the state of Florida, Mr. Boatman personally filed and managed 922 end-user cases (more than any other attorney involved in the DIRECTV program) and managed, with the assistance of a staff of 5 associate attorneys and 25 administrative personnel, another 2000+ cases in Florida. Additionally, Mr. Boatman was asked by DIRECTV to be one of three (3) outside-counsel national litigation managers to supervise local counsel. His territory covered 11 states and accounted for approximately 6000 total end-user cases.

​Outside the end-user program, Mr. Boatman assisted with three substantial raids on high-level dealers of pirate access devices which resulted in the recovery of thousands of end-users records and the seizure of substantial other assets. Another of Mr. Boatman’s notable achievements was the successful prosecution of a civil action against O.J. Simpson for satellite theft resulting in a Judgment of over $58,000. 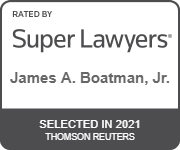 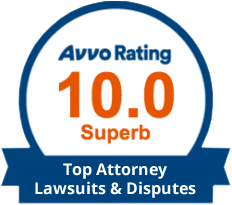 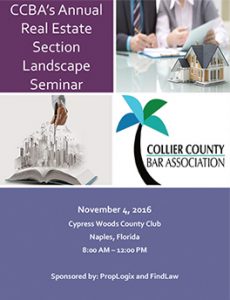