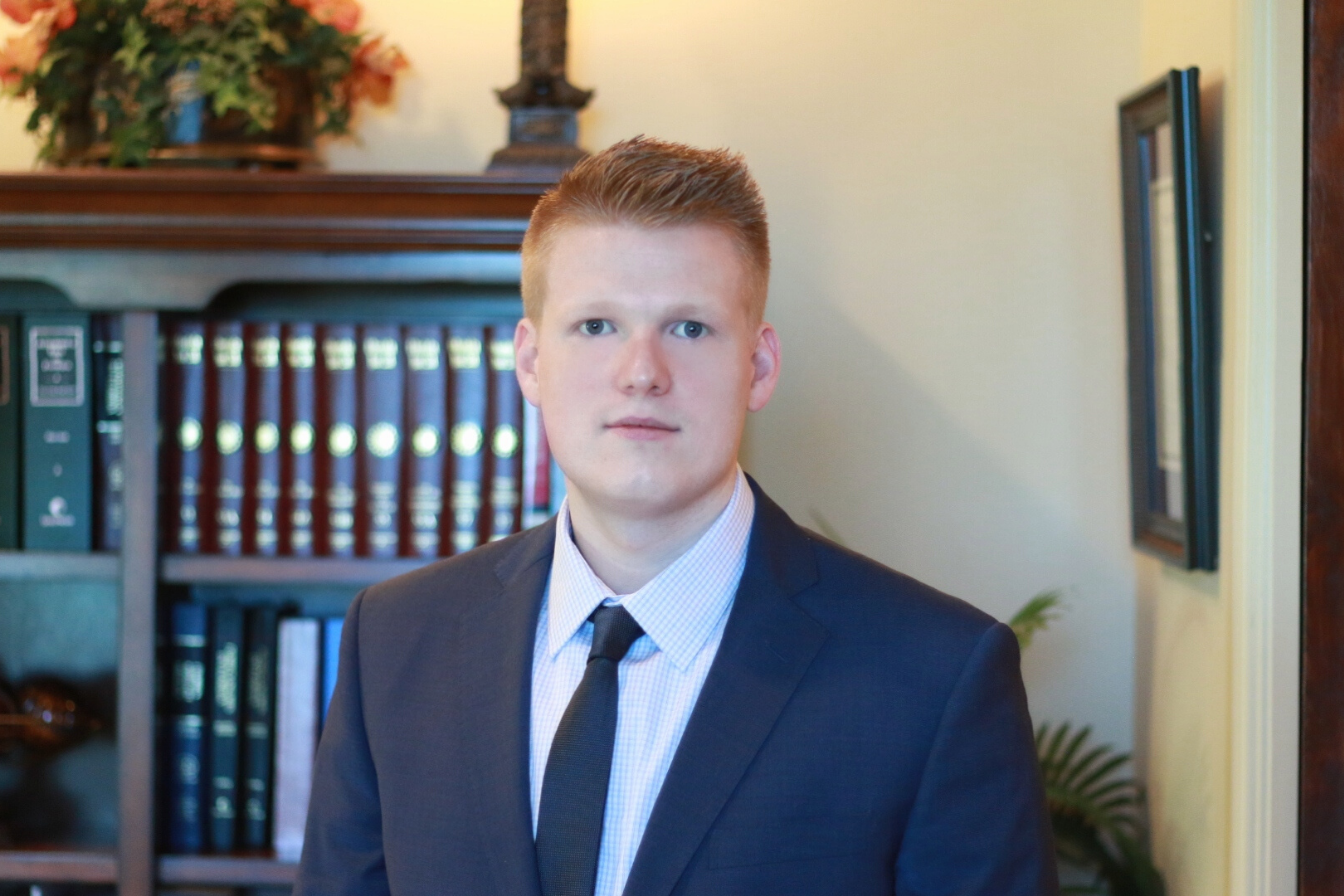 Stephen was born in Indianapolis but his family moved to Naples, Florida when he was two years old. Stephen grew up in Naples and attended Gulf Coast High School. He then earned a Bachelor of Arts in Political Science and a Master of Public Administration (MPA) from Florida Gulf Coast University (FGCU).

Stephen also spent some time in Washington DC while he was in college at FGCU. During the Summer of 2013, he worked for the US Marshals Service headquarters located in Arlington, VA. He enjoyed the opportunity to make a difference in one of our nation’s chief law enforcement agencies. He considers his time with the US Marshals invaluable to his education and professional development.

During Florida’s 2014 Legislative Session, Stephen interned with the State Representative for Florida’s 80th District for the State House of Representatives. The highlight of Stephen’s time in the Capitol was when he assisted with researching and drafting legislation that cut sales tax for college-age students across the State of Florida. He also gained valuable insights into Florida’s legislative process and state government.

During his time at St. Matthew’s House, Stephen was deeply impacted by the fact that his knowledge, skills, and abilities could be put to work to help the needy in our community. His time at St. Matthew’s House helped shape Stephen’s future practice as a lawyer. Stephen sees his practice as an opportunity to serve those in need of help and guidance.

After graduating with his MPA from FGCU, Stephen continued his studies at Liberty University School of Law in Lynchburg, VA where he earned his Juris Doctor. While in law school, Stephen was a Senior Staff Member of the Law Review and a competitor with the Trial Team. During his time with the Trial Team, Stephen was the senior member of the team that placed among the top four teams at a national Mock Trial Competition where he was also recognized as one of the top five Advocates in the entire competition. Stephen received the Trial Advocacy Award for outstanding achievement in Trial Advocacy from Liberty University School of Law and graduated third in his class.

Stephen joined Boatman Ricci as a clerk during his first Summer of Law School. He now practices as an Associate Attorney with the Firm. Stephen’s approach to the practice of law is in line with the firm’s vision: Truth Guided, Relationship Driven. Stephen sees his practice as an opportunity to serve others not only with his legal knowledge and abilities but also hopes to point his clients to a much greater Truth.

Stephen firmly believes in the power of prayer and that the Truth will set you free. Stephen regularly encourages and prays for and with his clients over their cases and their lives. He finds that he best serves his clients when he is able to provide both technical, effective legal advice AND relational support and guidance.

Since returning to Naples, FL, Stephen is back to teaching and training Martial Arts. This past July, Stephen, and his wife were blessed with a beautiful daughter. When he is not working or training, Stephen is spending time with his wife and precious baby girl.